Hot on the heels of the impending Australian launch of Spotify, Mog &Telstra have announced a 320kb music streaming offer that won’t eat into your data allowance. It looks to be a similar strategy to the Spotify/Three business model that worked very well in the UK. Having met with the guys from Spotify Australia last week, I expect big [...]

Hot on the heels of the impending Australian launch of Spotify, Mog &Telstra have announced a 320kb music streaming offer that ...

When Placing Ads, Don’t Underestimate the Value of Mobile

Marketers, take note: While you're spending pennies to the TV dollar in mobile advertising, swathes of U.S. consumers are heads-down buried in their iPhones, Androids and BlackBerrys. The future of mobile payments

CBA application making mobile payment easy .. Similar systems have been around in Japan for a while, but this looks pretty good 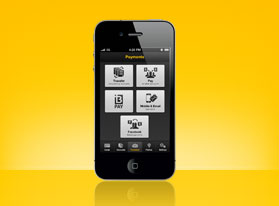 Pizza Hut hopes to capture 10% of its total online sales mix with the second version of its iPhone app, released today.

The initial app has been downloaded 257,000 times since its release and Pizza Hut predicts the latest version will garner a further 20,000 downloads over the next four weeks.

Pizza Hut wants to increase its online sales to 40% and hopes the roll out of the revised app will help them achieve that.

Why you need to cater for your Android users in 2012 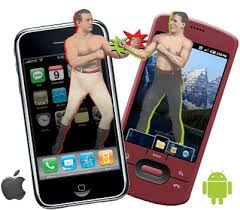 Compare the US mobile web traffic figures with Australia and you’ll see a disconnect between what you’re hearing about on Australian Android growth and the actual figures. Typical stories go like this “Australian page views on Android grow 672% in four months…” (Digitalmedia.net) The enormous percentage gives away the back story – it started with [...]

IAB – The State of Online Video